After months of delays thanks to ‘rona, we finally get Sam Smith’s third studio album Loves Goes. To celebrate, Smith sat down for an interview which they said are relieved to finally be sharing with their fans. Smith gets super emotional about this album too. The last two years they have been this really mad time of experimentation for Smith, finding themselves with gender expression and it’s been captured in this music. Also Smith is calling this album their first proper heartbreak record.

Love Goes https://t.co/eTCT4PUAle
Mixture of emotions releasing this album. It’s such a weird time to release music but I hope this record can be your friend. It’s been mine. This is a celebration of youth and music and singing like a drama queen. I love you all eternally x pic.twitter.com/xYz5nvGEA3

And speaking of a heartbreak record…that is Red for Taylor Swift. Or in her own words, it capture pure, absolute to the core heartbreak like none of her album before or since. Swift discussed her collection for a new feature by Rolling Stone and Amazon Music on the entertainment magazine’s list of 500 Greatest Albums. It might have been a painful time for Taylor, but boy Swifties love the album. It’s debuted at No. 1 and finished the year as the second best-selling album.

🔊 | Taylor Swift will feature on a new podcast by @RollingStone and @amazonmusic discussing the #RS500Albums list https://t.co/o1EpHblOcK

— Hear her snippet from the trailer below talking about how RED “was a huge risk that changed everything for her” pic.twitter.com/XTiVLRDLV0

Who would have thought Bagel Bites are an Ariana Grande fan? The pizza snack company took to Twitter on Friday to very eloquently gush over Ari’s newly released album Positions. They said ari does a lot well but her music about reconciling with past traumas and her mental health hits me best. When I think about how many lives this young woman has lived, I’m in awe. She describes love as experienced by a flawed, imperfect person in such a special way. Amazing. Grande shared all our thoughts when she retweeted the original post, writing wait this is really a tweet from bagel bites that’s crazy.

Doja Cat brought the drama to the 2020 Billboard Music Awards last month and now she’s giving fans a peek into the hard work that went into the Chicago inspired performance. You can go behind the scenes and see what it took to get to the big number we saw on the show. Dedication, hard work and lots of rehearsals… 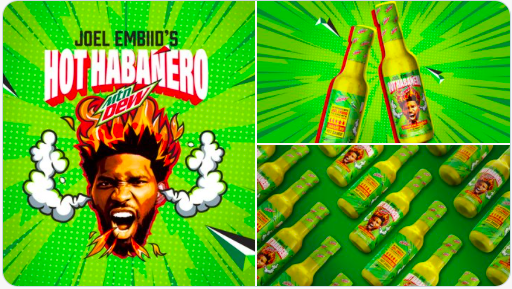 Previous Post MT. Dew Made Hot Sauce And Only 500 Bottles Are Going Out