Lots of people are jumping on the TikTok dance to Stay by The Kid Laroi and Justin Beiber, where they use a drone to capture their dance moves. Whelp, Dr. Phil even jumped on the bandwagon to show off his dance moves. People must have thought they were impressive enough, cause he got over 7 million likes.

The preview for the 6th season of the Masked Singer is out now, and it seems like it’s gonna be interesting. Competing is the Queen of Hearts, Dalmatian, Cupcake, Banana Split (which is a dynamic duo), Mallard, and Hamster. There has been some teases that this season is going to be a bit different from the rest, so we can’t wait to see what changes when the season premieres on September 22nd.

The 1989 baseball movie Field of Dreams is getting a reboot! It’s been announced that they are turning the movie into a scripted drama TV series that “will reimagine the movie’s mixture of family, baseball, Iowa and magic that made the feature so beloved” on Peacock.

Hotel Transylvania: Transformania might not be hitting theaters! Don’t worry though, the final film of the Hotel Transylvania series is still in the works. However, Amazon Studios and Sony Pictures Animation are nearing a $100 million deal to just head straight to Amazon Prime Video. 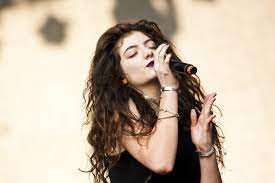 Next Post Break Out The Crystals and Light Some Incense, Cause Lorde Released a New Single!