As you might have heard already, Bob Saget passed away yesterday. He was found in his hotel room in Florida, with the cause of his death still unknown. Most known for his role as Danny Tanner in Full House, Saget was on a nationwide tour that began in September and was scheduled to last through May. He stopped in several cities throughout Florida, including Orlando. Just the night before his passing, he posted about his performance in Jacksonville, saying he was happily addicted to performing again. He played a crucial role in my childhood, as he may have for you, and he will be missed.

We obviously knew that Spider-Man: No Way Home was going to do well, but it seems it did even better than expected! The film has become the sixth-highest grossing film at the domestic box office. It took the title away from James Cameron’s Titanic.

As you might know Selena Gomez also has her cosmetics line Rare Beauty. The line has been a success, and she wanted to thank her team for all of their hard work by paying for a full-page ad in the Style section of The New York Times on Sunday. 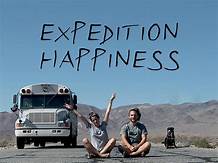 Previous Post What's Up With Jackie: You NEED to watch Expedition Happiness